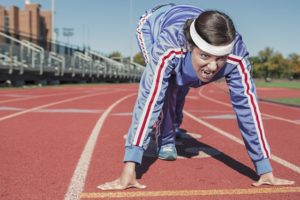 Bipolar disorder is not at all a rare condition in the United States. According to a study conducted by Depression and Bipolar Support Alliance (DBSA), about 5.7 million adults in the US currently are affected by bipolar disorder. The condition is often misdiagnosed as depression, schizophrenia, panic disorder, or attention deficit disorder, and sometimes it is missed entirely. This trouble with proper diagnosis can hamper or derail successful treatment.

Bipolar disorder is also known as manic-depressive disorder because persona suffering from it may show extremes of depressive as well as elevated moods. Here are few additional bipolar signs to be cognizant of:

As indicated, anxiety and psychosis may accompany and be mistaken for bipolar disorder. Substance abuse and bipolar disorder tend to go hand-in-hand, and this also can overshadow or confuse the diagnostic picture.

Bipolar disorder is a treatable issue using medication as the primary intervention followed by therapy. People can approach a psychiatrist and then a psychologist or licensed therapist in order to obtain proper bipolar therapy in Denver. Some patients showing severe signs initially may require inpatient care. Proper diagnosis and timely treatment can help people cope with the issue and lead a productive life.